The idea that faith is belief in something for which there is no evidence is very popular. Sometimes the word ‘faith’ is used in that sense, but as we’ve pointed out on this website many times that isn’t the right way to think about faith in the Christian sense. So what is Christian faith and how does it relate to reason and evidence? Christian theologians and philosophers have written a huge amount on this topic, but here I want to look at an aspect of faith in the Gospels.

In the Gospels, Jesus commends people for exercising faith and rebukes others for their lack of faith. For example, in Matthew 8 we read about a centurion who has requested that Jesus heal his servant. The centurion says that Jesus does not need to come to his house since he can heal his servant just by speaking and he explains his reasoning as follows, “For I myself am a man under authority, with soldiers under me. I tell this one, ‘Go,’ and he goes; and that one, ‘Come,’ and he comes. I say to my servant, ‘Do this,’ and he does it.” Jesus commends him saying, “I have not found anyone in Israel with such great faith.” Later in the same chapter, Jesus is in the boat with his disciples when a storm comes up. With Jesus asleep, the disciples go into a panic, waken him and say, “Lord, save us! We’re going to drown!”, to which Jesus replies, “You of little faith, why are you so afraid?” 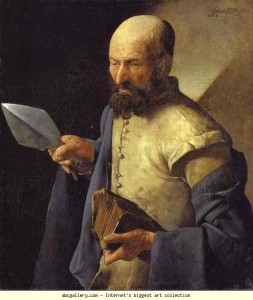 Why does Jesus rebuke his disciples for their lack of faith? Is he essentially saying, “Even though there is no evidence, you should still trust me”? Hardly! A common theme in the Gospels is that disciples are very slow to grasp who Jesus really is despite all the evidence available to them.  What about the centurion? Is his faith due to a lack of evidence? No, the clear implication is that he knows enough about Jesus’ ministry to understand Jesus’ authority. Based on the evidence available to him, he believes that Jesus can heal his servant just by speaking. The contrast with the disciples could hardly be greater, hence Jesus’ differing responses.

Another example from the Gospels is sometimes taken to support the idea that faith is ‘belief without evidence’: the story of doubting Thomas in John 20. Thomas is absent when the risen Jesus appears to his disciples. Sceptically he asserts, “Unless I see the nail marks in his hands and put my finger where the nails were, and put my hand into his side, I will not believe.” A week later, Jesus appears to them again and says to Thomas, “Put your finger here; see my hands. Reach out your hand and put it into my side. Stop doubting and believe.” At this point Thomas responds, “My Lord and my God!” and Jesus comments, “Because you have seen me, you have believed; blessed are those who have not seen and yet have believed.” 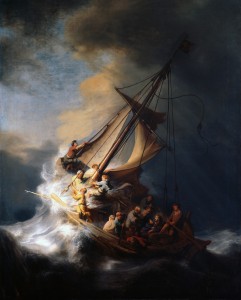 Not only had Thomas plenty of evidence for who Jesus was, but he also had the evidence of the empty tomb and eyewitness testimony of Jesus’ resurrection from many disciples. The point is that Thomas’ scepticism is unreasonable because there is plenty of evidence available to him. And just in case we should be any doubt about the nature of faith in John’s Gospel, the story of Thomas is immediately followed by a statement about the purpose of the Gospel: “Jesus performed many other signs in the presence of his disciples, which are not recorded in this book. But these are written that you may believe that Jesus is the Messiah, the Son of God, and that by believing you may have life in his name.” So the purpose is not to encourage belief without evidence, but belief (or faith[1]) based on knowledge of the relevant facts.

Of course, while Christian faith can be based on the evidence, it is not simply an abstract exercise in evaluating evidence. It involves at least two components: belief that something is true and belief in (or trust in) someone. The centurion does not merely believe that Jesus can heal people, but he trusts Jesus to heal his servant. Similarly, when Thomas final believes, it is not a reluctant acceptance of the facts, but leads to worship. In all these examples from the Gospels, faith does not require blind belief in the absence of evidence, but it does require both openness to the truth and willingness to be transformed by it.[2]

[1] In most cases, the words ‘believe’, ‘belief’ and ‘faith’ in the New Testament come from the same root.

[2] See also From Evidence to Faith